Well.. after spotting the “Olympic Banksy” street art on the big wide web the other week, Me and My Shadow (read Liz’s post on Olympic Street Art) and I decided to go on a London Banksy hunt with the girls. We grabbed our scooters, and our phones and off we went to discover “street art”. Of course, we were just being “Street Art Tourists”, but it was great to explore London in a different sort of way. Let me start backwards, as our last “discovery” was our favourite: Banksy’s Child Labour:

Considering that this was the LAST Banksy we found and the girls were getting tired, The Girl did show an interest in it. It must be because it depicts a child. We asked the children what they thought of it? How they thought the child might be feeling and what the child was doing?

It is said that this Banksy is a criticising child labour and it is situated on the side of Poundland. The owner happened to be walking by and told us how he had seen “a man” (probably Banksy) go into his shop, buy the bunting, come back and fix it to the artwork. The orginal bunting was only up a day. The owner then took it down, replaced it with a second set of bunting from his shop and fixed on the plexiglass to protect the street art. 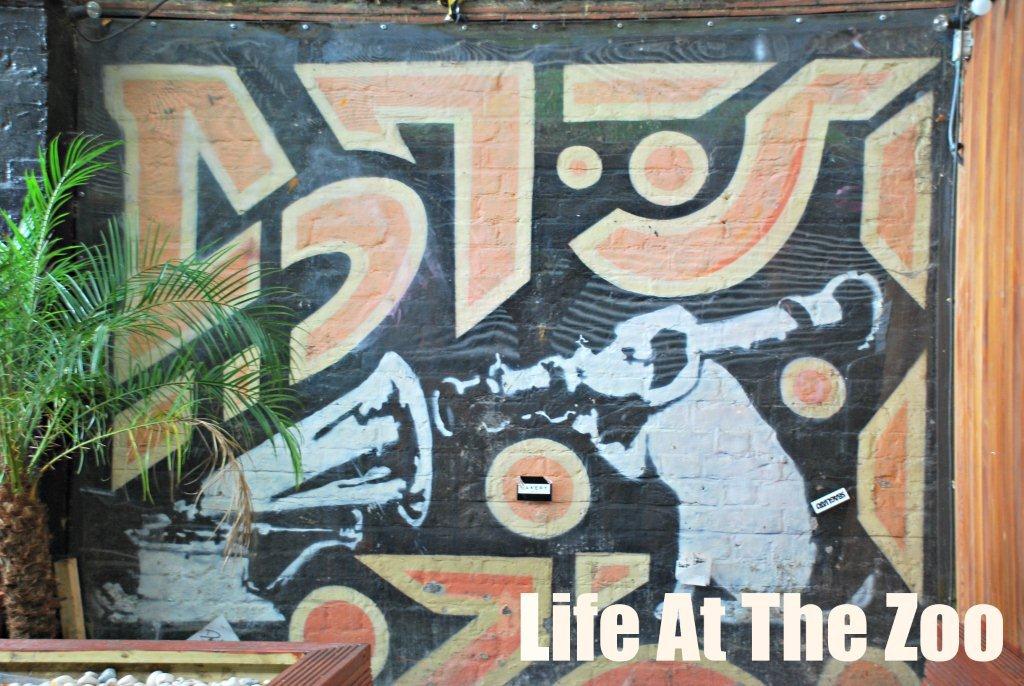 Prison Guard and Poodle is located in the Cargoe Night Club – Banksy has a good relationship with the owners and there are two large Banksy’s here in good condition. Trying to make street art relevant, we showed the “doggy” to the girls. Do you like the doggy? What do you think of it’s nose? The Girl, was more interested in her cookie break. Well.. she is isn’t even 3 yet! 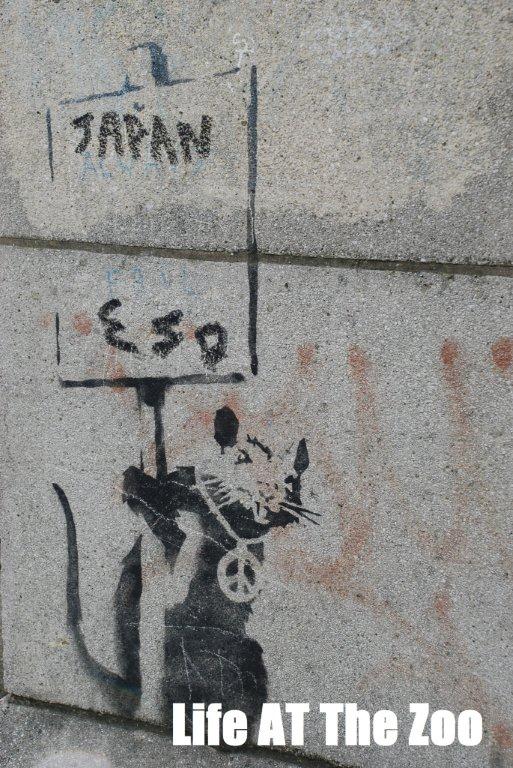 This was one of my (!) favourite finds of the day. It is near a bus stop on an ordinary part of “busy London”. And it reminds me of when I first “noticed” Banksy. Many moons ago, I used to see one of his rats on my way to work every day. It made me chuckle – I loved the play on the “rat race” and the daily commute. Then one day it was painted over by the council – in the days, when Banksy wasn’t recognised as a popular street artists, whose art should be preserved. Boo. There are still a number of rats (and copy rats!) around, but this one is in excellent condition, though the text on the placard is not the original. I love that it is right next to a bus stop. Where people get on and off every day and probably don’t even give it a second glance.

Now there are a NUMBER of Banksy still around in poor, obscure or damaged condition: 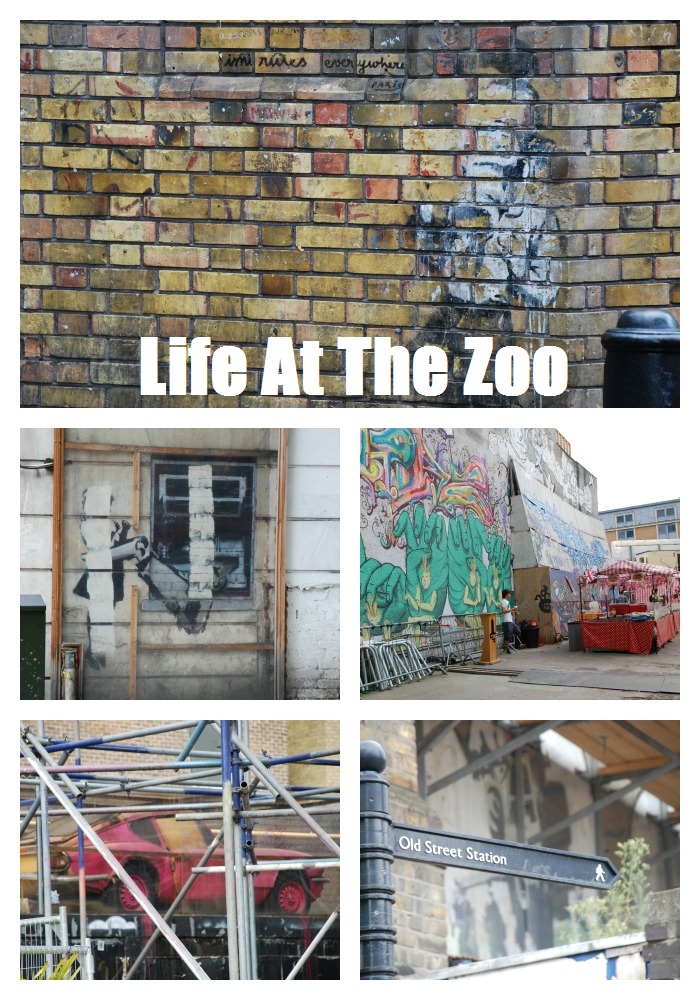 All of the above were either damaged, obscured or defaced. Though disappointing to  “Street Art Tourist”, it highlights what this is really all about: Street Art. How Street Art IS illegal (though increasingly the real Street Artists get permission from owners etc), how there are rivalries between street artists (and they deface each other’s work), how normal things “continue” – i.e. an ad placard is placed over the art. It ALSO shows, the increasing value of street art – the skeleton in the skeleton car was removed and sold. And only the car is preserved. Interestingly, there is another car, by another artist right next to Banksy’s which is NOT in a plexi car shell. So Banksy’s is perceived to be valuable, the other isn’t….

The damaged and defaced art, kind of made it all real again. And made the art that we COULD see all the more special and exciting.

My only regret? I wish I had brought The Boy along too. I think he would have loved it!

Signing off… The Banksy Tourists!

(PS more to come on the other Street Art.. and hopefully a Street Art Project too!)