As you, the kids and I are rather partial to a kids’ animation. Nothing quite like disappearing into the magic that children’s “cartoons” bring. So we very interested in watching this classic tale based on Hans Christian Andersen’s – The Snow Queen! On the whole, the kids enjoyed the movie experience (laughing the funny bits and nervous tensions at the exciting bits), but on the whole, I (we?) were disappointed with this adaptation of Hans Christian Andersen’s tale. 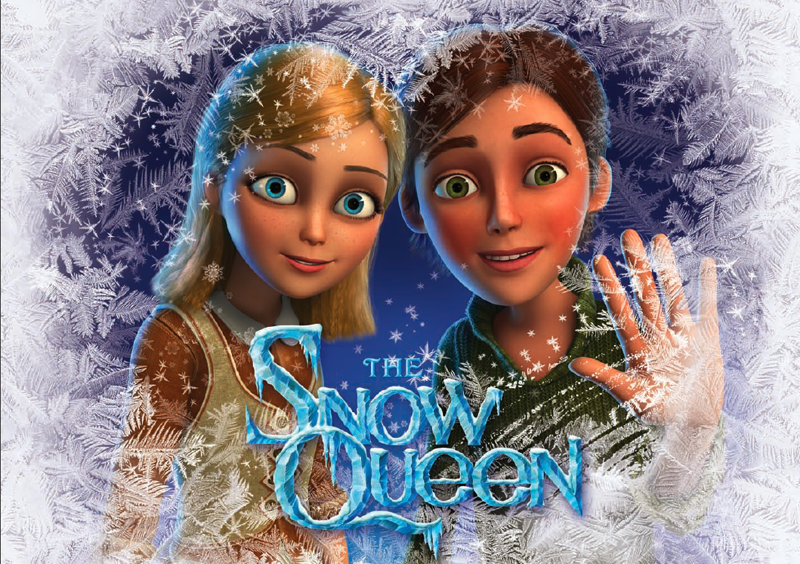 “Wishing to create a world where clean lines replace emotions and the wind cools human souls, the Snow Queen has blanketed the world in ice and set out to destroy all art. According to the predictions of a magic mirror, the last threat to the Snow Queen comes from the master glass-maker Master Vegard, whose mirrors reflect not only appearances but also souls. One day the polar wind takes away Vegard and his wife Una. But they hide their baby-boy Kai and daughter Gerda.

Time passes, the servant of the Snow Queen, Orm the troll – who can shapeshift into a black weasel – finds Gerda’s brother Kai at an orphanage called “Saint Peter’s Kids Shelter,” whom he believed to be Vegard’s successor. When Kai is abducted to the Snow Queen’s palace, Gerda embarks on a journey across the icy wonderland, facing difficult obstacles and finding new friends on her quest to set Kai free, defeat the Snow Queen and warm the hearts of people everywhere.” – source We follow the adventures of Gerda and how she sets out to find her brother and defeat the Snow Queen. There are pirates and reindeer and lots of adventure. A story of love and resilience.

I remember the original from my childhood well. The “new story” left us a little confused – we didn’t quite understand or follow the plot (Why IS the Snow Queen in fact a little girl? How did the little girl get turned into a bad witch?). The story is changed and confusing. Also, the animation wasn’t our favourite. There was something “woody” about the characters, especially the Snow Queen (I am guessing that that was intentional?). The pirate characters seemed contrived and over the top and almost didn’t fit into the plot.  Personally, I didn’t like Orm, the troll’s animation – the character was “fine” or “ok”, but the animation of him itself, unappealing and not at all endearing.

When I asked the children if they enjoyed the movie, on the whole, they said “yes”, but it wasn’t their favourite. As we are a household that only watches one movie a week and no TV (yes, we are weird, I realise that), we are unlike to watch this film again, as the children are likely to pick out other films that they enjoy more for their movie night. 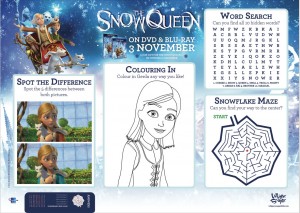